Showing posts from May, 2017
Show All

A Day in Salzburg with Stiegl Brewery 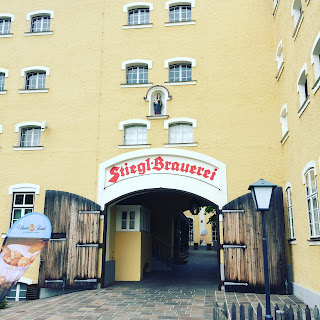 Waking up bright and early on the Thursday morning in a hungover haze in a dorm shared by 7 other people, I was basically still drunk. I panicked as I couldn't find my wallet or passport, but I still had my phone. I was led to believe that everything had been stolen, went to the police, then got back to my hostel to find the key to my locker where drunk Nate had stashed everything. I am such an idiot.

But that's not the point of this blog post; the point is to tell you about the awesome day I had with Thomas Necker, Export Manager for Stiegl Brewery in Salzburg, Austria.

I've been a fan of Stiegl brewery for quite a few years; in fact (geek moment), my 1,000th Untappd check in was Stiegl Weisse, and my local, the Fat Cat has recently had their flagship Goldbrau and Grapefruit Radler.

I've also been good friends with Martyn and Andy from Euroboozer, their U.K. import partner for several years and that's how my trip to Stiegl came to be. I'd mentioned on Twitter t…
2 comments
Read more

A Wednesday Night In Munich 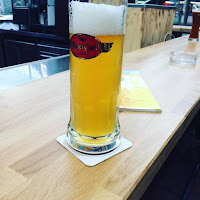 It's only been a couple of months since Sammie and I were in Munich but I decided to take a quick solo trip to get away for a few nights.

I arrived in Munich on Wednesday evening, through possibly the most efficient passport control system ever and decided to seek out Airbräu, a brewpub located just outside of Terminal 1 at Munich Airport. I didn't see much inside, but had a rather large beer garden that I imagine gets really busy at the height of the summer; the weather was nice so I sat outside and ordered a half litre of Fliegerquell, an unfiltered Helles. Since this was at an airport, I expected it to just be somewhat of a gimmick, with shit beers that tourists will neck down but I was pleasantly surprised. It was fresh, clean, grassy hops, a little citrus, and really bloody nice.

Next I checked into my hostel and decided to head to the rather trendy Schwabing district in search of a couple of pubs I wanted to check out.