Showing posts from June, 2012
Show All

Beats: The Elijah – I Loved I Hated I Destroyed I Created review 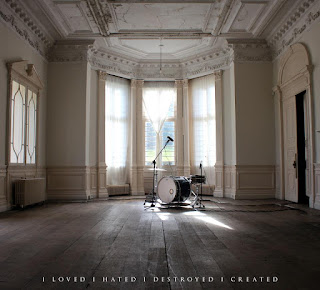 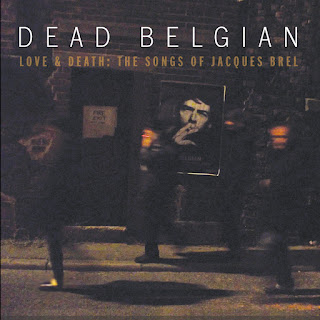 "Beautiful & an idiot at the same time" - Sums me up!
Dead Belgian are a Liverpool-based band playing the music of Jacques Brel.  They began life in 2007, inspired to share Brel’s music with all who would listen.  Each member brought their own influences to the band, from European folk to progressive rock, stripping the songs to their bare bones and fattening them up again using a ramshackle drum kit, ukulele, guitar, accordion, saxophone, mandolin, clarinet and flute.
The album opens up with a wonderfully cheerful rendition of Madeleine. It really is wonderful… you find yourself immediately jigging along to the sound of the accordion and the saxophone. The vocalist is very talented and makes even the French language sound beautiful… the one language and accent I usually can’t stand.
The second song is in English, it’s probably my favourite on the album; It’s called Au Suivant and it’s sombre as fuck which is hardly surprising considering that the song seems to be about c…
Post a Comment
Read more

By Unknown - June 27, 2012
I've noticed that several people have unfollowed me on twitter lately. Probably for a few reasons that include:

1) I've been quite depressed lately.
Well, my Doctor says I might be depressed but what does he know? I, personally just think I'm a bit miserable. You can't blame me for this. Maybe I shouldn't convey my feelings on a social networking site but sometimes I can't help it. I'm only human. Things aren't going well in most areas of my life right now. Fair play to people who can pretend to be happy all the time; I'd  quite like to be one of those people but I'm not. I don't blame you for unfollowing me for this reason though, I'm a miserable bastard mostly.

By Unknown - June 25, 2012
I like beer. I like real ale. I like macro-lagers. I like craft beer. I like keg beer. I like cask ale. I like bottled beer. I like canned beer. I like beer.
The issue I have is that craft beer is full of shit.
Here are some of my feelings towards craft beer:
1)Barrel Ageing
Don’t get me wrong I like some barrel aged beers but now it seems that every fucker is doing it and it’s no longer niche. Brewdog Paradox is great. I’ve had paradox poured from a wooden barrel, it’s beautiful but the issue is that everyone’s copying that kind of thing and making it so limited that nobody will ever get to fucking drink it anyway. Another thing is the price of them. I appreciate that it can’t be cheap to buy old whisk(e)y casks but Brewdog just released Tokyo* Rising Sun which is a barrel aged version of the first ever batch of Tokyo*. Sounds cool, right? Well my issue is that this is beer that they apparently literally forgot they had sitting in the barrel only to discover it 4 years later. Sounds …
29 comments
Read more 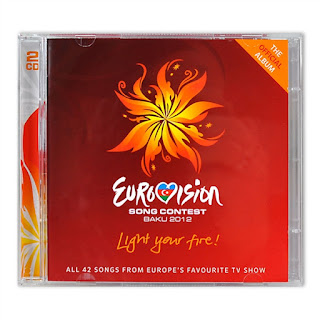 Ahh, Eurovision. The one time of year where loads of countries in Europe enter musical artists into a contest to see who has the best music in Europe as voted for by the people of Europe.
When I first got the press release asking if I fancy reviewing this because it’ll be “fun”, I said no. I said “I’m sorry but I don’t think my readers want to read about Eurovision” but after conveying this on twitter and facebook, I had quite a few people saying I should do it. So I did.
I realised that this could actually be quite a fun experiment... to test whether every county enters complete and utter shit.
This is disc one:
Albania: Rona Nishilu – Suus Nice Orchestral backing music but I simply cannot deal with her voice. She sounds like she’s putting way too much effort into it but getting nothing out of it.
Austria: Trackshittaz – Woki Mit Deim Popo This is what Eurovision is all about. A hilarious European rap group. I haven’t a clue what the hell they’re rapping about but judging by the name Tr…
2 comments
Read more
More posts