Showing posts from August, 2013
Show All

By Unknown - August 20, 2013
I was meant to post something completely different tonight, but I couldn't, because I saw Beerenalia's post on his top 10 Norfolk beers and I just had to post something similar. It'd be rude not to. So what are my top 10 Norfolk beers? 1) Grain Brewery India Pale Ale (6.5%)  - It's a big, hoppy grapefruit and orange tasting IPA. What's not to love? Whenever I see it, I have to drink it. 2) Golden Triangle Black Hops (4.6%) - For me, this is the perfect Black IPA. It retains all of the flavours you want in a regular IPA... grapefruit and orange, but adds red berries and a slight roastiness. Simply phenomenal! 3)   Humpty Dumpty WWIPA (7.4%)  - Alright, another IPA. Sharp gooseberry, floral hops, a bit of orange and grassiness. Brilliant. 4) Ole Slewfoot Dragon Saison (4.5%)  - Lemon acidity and spiciness with the classic funky funky funky saison taste! AWESOME. 5) Norfolk Brewhouse Dewhopper Lager (3.8%)  - Amazing session lager. It's very clea
4 comments
Read more

By Unknown - August 14, 2013
Oh nice... just as Belleville brewing and AB InBev come to an agreement that "Belleville" is absolutely nothing like "Belle Vue" another name dispute comes up, but this time it's personal for me. You would've seen me tweet frequently about how awesome Redwell Brewery from Norwich is, if you haven't you must have been living in a cave. Well I get to work this morning to discover on the EDP website that Red Bull has written to Redwell brewery asking them to withdraw their trademark application as the names "Red Bull" and "Redwell" are too similar so people may get confused. Absolute bullshit. Man walks into a bar and orders a can of Red Bull. Bartender pours him a pint of Redwell IPA. The man says "How the fuck did you even confuse them?". The punchline is that this would never ever happen in a million years. I am so fucking angry about this, I mean, Redwell are just a small brewery based in Norwich brewing awesom
2 comments
Read more 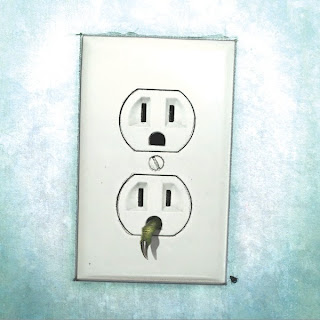 Because I could never write anything as awesome as Lisa can, so I'm not even going to tell you about Nekrogoblikon  other that they're from L.A ; I'll let the first part of Lisa's press release do the magic: "Once upon a time there lived a lonely Goblin, confined to a life of solitude and banished by his peers for having a hideous visage. What this goblin wanted more than anything in life was bitches, mountains and mountains of steaming, sweating, thrusting bitches. But that was in a time long passed, when language was more raw and colourful and anyone reading this story in 2013 knows that we can’t say that word, so we’ll proceed onwards by saying the goblin wanted ladies, lots of lovely ladies. One thing the goblin knew, was that to secure the attention of bit…sorry women, he had to become a rock star. Women LOOOOVE rock stars. Having seen that men with similar visages to him such as Rod Stewart, Chad Kroeger, Marilyn Manson and Lars Ulrich could pull so
1 comment
Read more

The Session #78 - My Elevator Pitch

The Session is a monthly event for the beer blogging community which was started by Stan Hieronymus at  Appellation Beer . On the first Friday of each month, all participating bloggers write about a predetermined topic. Each month a different blog is chosen to host The Session, choose the topic, and post a roundup of all the responses received. For more info on The Session, check out the Brookston Beer Bulletin’s  nice archive page . This month’s session is hosted by James of Beer Bar Band and he wants us to write our elevator pitch for beer, so if we only had 30 seconds to tell someone why or why not to drink beer, what would we say? I would say “ Oh you don’t like beer. That’s fair enough. Have a good day!” Because 30 seconds isn’t enough time to tell someone about all of the potential qualities beer has. Nate
Post a Comment
Read more
More posts