Beats: Headspace – I Am Anonymous Review 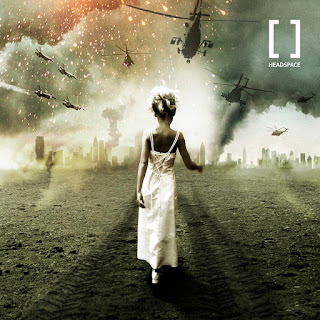 Headspace began innocently enough; as a way for Adam Wakeman (Rick Wakeman’s son) – also a member of the legendary OZZY OSBOURNE’s band – and a close circle of musician friends to reconnect. There were no preconceptions of launching a prog metal band, no visions of grandeur. In fact, there was no clear musical direction at all. It was a case of getting back to the basics of forming a band, calling upon the roots laid down as teenagers, when one made music for the love of doing so. Of course, given those roots, it became clear rather quickly that Headspace was going to be a prog band.

“I don’t know who we were kidding,” laughs Wakeman.

I mean, really – This is Adam Wakeman along with one of the kings of progressive metal, Damien Wilson – This was always going to turn into prog!

Starting off with what sounds like a military helicopter building up to the simple string-plucking of a guitar then a background of faster, heavier chugging guitars and progressive metal drumming before the progressive metal riffs really kick in with song beautiful piano work from Adam Wakeman; Half way through the song that familiar progressive metal voice comes in – Damien Fucking Wilson. I love this man, his voice is phenomenal. Stalled Armageddon really is the perfect way to start this album. It has atmosphere and incredible instrumentalists with such beautiful vocals – something that every progressive metal album needs. This song really has everything. Heaviness, atmosphere and harmony.

Fall of America comes next and really picks up pace – it is a lot more progressive and aggressive. Fast guitars, a good pace of drumming and synth as well as piano. Damien Wilson actually sounds angry through most of this song. It slows down to more atmosphere near the end which is a nice touch.

Next comes the shortest song on the album at a measly 3:44, it’s called Soldier and despite being so short, it carries all of the emotion that the rest of the album does. It’s slow, musically incredible and just great.

It just gets better and faster with Die With A Bullet. The guitars are technical and the drums are fast but you’ve still got nice, soft pianos in the background. Even though this is a very heavy track, it leads really nicely into the church organs of In Hell’s Name before going into something heavier then even an oriental sound later on in the song which very retro style vocals.

Now for my favourite track on the album, Daddy Fucking Loves You. It’s the longest track on the album at an epic 15 minutes but every second counts. This song is absolutely fucking beautiful. The first time I heard it I thought “Shit me, this is amazing” but with every listen the emotion gets even more intense. Now, I’m metal as fuck but it’s impossible to listen to this song without feeling like you could cry any minute. It starts of beautifully acoustic before going into amazingly fast and heavy metal then back into the beautiful acoustic music from the start. The big, heaviness in the middle really makes you reflect on the beginning. This song flickers between soft and heavy more than a light connected to a dodgy circuit board but it’s certainly a good thing. Towards the end of the track comes a bizarre and chilling sample of a child singing the popular lullaby ‘Hush Little Baby’ then the song ends on an amazingly beautiful acoustic note much the same as the beginning. If there’s one song on this album you need to hear it is this. I don’t care what type of music you like, everyone will love it.

The final two songs, Invasion and The Big Day are really more of the same which certainly isn’t a bad thing.

This album as a whole is incredible. It is everything you want a progressive metal album to be. It has atmosphere, emotion, heaviness, melody and synth. There’s not much more I can say really, it’s simply progilicious.

Headspace – I Am Anonymous is out now on InsideOut records as a Ltd. Edition CD digipack & digital download.

Below is a rather cool youtube video which allows you to preview every track on the album...