By Unknown - May 13, 2014
William Sharvatt’s London Velvet is described as “a delicious blend of porter ale and cider”.

I imagine that if most of my fellow beer bloggers or generic craft wankers were to read that in an email, they’d probably not even bother reading the rest. They’d rage at the fact that their beloved ale is getting ruined by apples. They’d cry out “HAHAHA THAT’S DISGUSTING” without even bothering to try the beverage whilst also maintaining how cool beer cocktails are.

I read on for a couple of reasons. Firstly, it was nostalgia. When I was younger, a good friend and I used to mix Strongbow with Mackeson Stout as my dad told us that they used to mix cider and Guinnness when they were younger, it’s like a poor man’s black velvet (a black velvet being champagne and stout). I remember enjoying it, although I figured that could have been the stupidity of youth and/or undeveloped tastebuds.

Secondly, y’all know me; I’m not scared to tackle the review of a slightly odd (and not always delicious) beer.

So on I went to reply to the lovely Sartika at Onechocolate Communications – who, may I add, is wonderful as she’s one of the few PR professionals who bothered to read my blog before contacting me– to say “Yes please, I would love to try this”.

The next week, I received a box of 12 x500ml bottles in the post which was awfully generous (and allowed me to *hic* sample properly *hic*).

It pours as black as the nice with a thick and creamy tan head, that reminds you of a well poured porter. 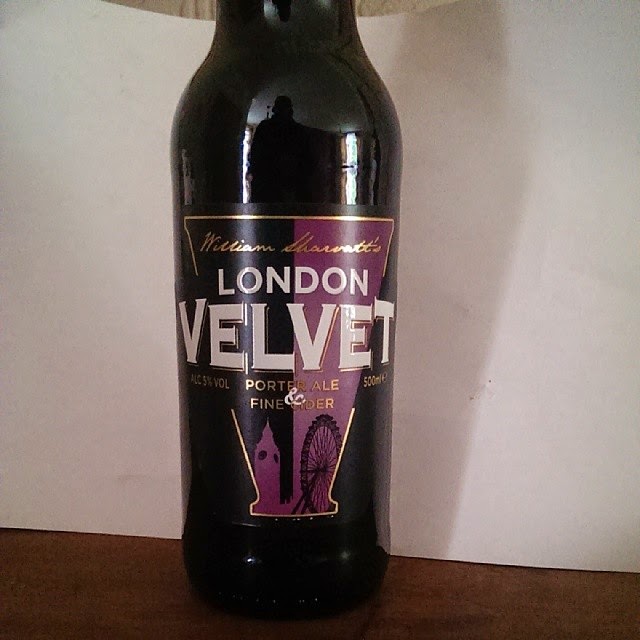 When you stick your nose in the glass, I found that it starts with the lovely roasty and chocolate aromas of a porter and leads into the prickly dryness of a crisp apple cider.

Upon taking a sip, the sweetness of the cider dominates before going into the coffee and chocolate of a porter and I find myself surprised at how well balanced it is. The mouthfeel is an interesting one as it has the thickness of a stout or porter, but the carbonation of a cider.

Overall: I’m actually a big fan, which surprised me. Despite my love of cheap stout and even cheaper cider mixes when I was younger, I was expecting to hate it but I really didn’t. Alright, it may be a bit sweet for me to drink more than two bottles in a sitting but it’s actually a really well balanced, slightly odd beverage and something I’d purchase if I saw it. Especially if I come across it on keg.

It’s available on keg in various pubs (presumably mostly around London) as well as 500ml bottles in 50 Tesco stores across the south west of England and maybe even your local independent ale supplier.

Check them out online:

Many thanks again to Sartika for sending me some of this to sample and write about!