When I first read the press release about this book, I’m sure you’ll forgive me that I didn’t actually read the word “Men’s”. I read “Haynes Pie Manual by Andrew Webb”. That was enough to get me excited. 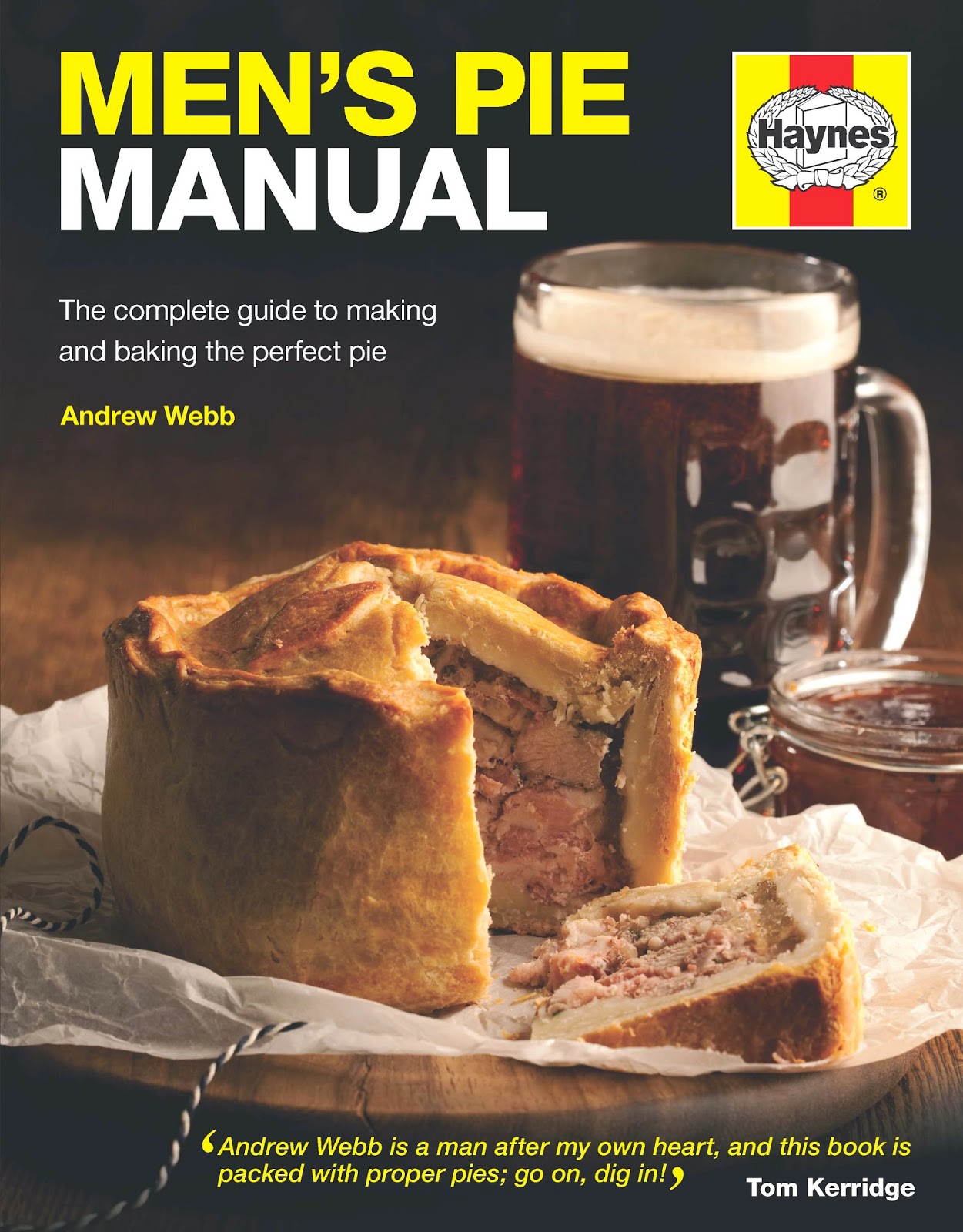 I received the book and thought “Hang on a minute; this is making a few assumptions”. Firstly, it’s assuming at as a man, I don’t have the foggiest idea of how to make a pie (I do – I’ve made many in my time) and secondly it is assuming one of two things – either that pies are foodstuff for men, and men only, or it is assuming that women automatically know how to make pies from birth. To be honest, I wasn’t impressed at this.

I then started reading and was thankful that he kept the “Hey manly men, I’m talking to you, you loser who doesn’t know how to make a pie” to a minimum, aside from the occasional “RED MEAT PIE ARE ESPECIALLY FOR MEN. MEN LOVE RED MEAT.”

So yeah, he doesn’t talk directly to us men right through the book which is a good thing, but it’s all still rather irritating. Assumptions piss me off.


He starts off by talking about “Tools of the trade” which as you’ll expect is all of the equipment you’ll need to make pies, and some. Sure, you need baking tins and all that to make pies but I don’t understand why you’d need about 50 of them. As for knives, he claims you only need two and naturally you should buy the most expensive Japanese knives you can afford. To be honest, it all comes across as if the author is looking down on you saying “Look at your kitchen. It’s not good enough”.

The pastry making section comes next, and it’s probably the least patronising of all. It has straightforward guides to all the pastry you’ll ever need for pies, and tells you how to not fuck it all up.

We then come to Stocks/Sauces, which as you can imagine, probably doesn’t tell you anything new. To make a stock you just shove a carcass in a big pot of boiling water with veggies and stuff and BOOM… a few hours later you’ve got a stock. Gosh, as a man I really needed to be told how to do that in great details because as a man I am hunter.

Obviously the next section is the most important for men – MEAT PIES (NB: apparently chicken & game isn’t meat. It has its own section). Impressively, for his Beef & Ale pie he swears by Meantime Chocolate Porter, and not the first beer mention in the book.

It then continues through Chicken & Game Pies & Seafood Pies, neither of which are as packed out as the Meat Pies section, which I found disappointing, as well as the pointless potato topped pie version (us men definitely don’t know how to make cottage pie) although not as disappointing as the meagre Veggie Pies section.

As a meat eater, obviously I was interested in the Meat Pies, but as a Meat Eater with a Vege-well actually Pesca-tarian girlfriend I was most of all interested in things that I could cook for her. I really enjoy cooking for Emily, but there’s not much I can take away from this book in order to do that.

I found the Things That Are Almost Pies section to be interesting, although I don’t see how the items within are not actually pies. The Sweet Pies section was pretty cool too.

The accompaniments section tells you how to make the perfect mashed potato & gravy, and then it gets a bit annoying. I know it’s just one paragraph but it gets to a point where it basically says “If you like tomato ketchup on any kind of pie, you need to man the fuck up”

The rest of the book then goes on to be filler, but not the good kind that’s in pies, I just assume that he ran out of words.

All in all, the recipes are good, he’s witty at times and he does reveal the history behind some of the pies but I couldn’t get over the condescending tone that crops up at various points in the book; not least the overall “This is for men because men don’t know how to make pies”.

The Haynes Men’s Pie Manual is available from www.haynes.co.uk priced £21.99.