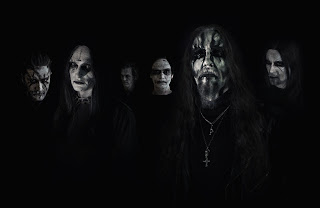 God Seed was created by Norwegian black metal legends Gaahl and King Ov Hell when they left Gorgoroth in 2009. Whilst they were with Gorgoroth, they played hundreds of sold out shows culminating in their absolutely fucking massive, legendary performance at Wacken 2008. I am proud to say that I was there and it was absolutely fucking mindblowing. Everything you think of black metal was true. Fire, darkness and pentagrams. Fucking yes.

I’ve always been a massive black metal fan. None of my friends were ever really that into it but I’ve loved it. It’s a genre that has always rattled cages, scared people and even made headline news. It’s just so dark and disgusting.

I’ve been excited about this album for a while but y’know, I really have to be in the right mood for Black Metal. Today, this is the case.


The album straight away punches you in the face with the raw and crushingly heavy opener of Awake. Familiar rattling black metal drums paired with guitars that send a shiver down your spine and a bassline that really brings the track together. All of this and Gaahl’s instantly recognisable dark and demonic vocals show that the album is definitely going to be worth sticking with. 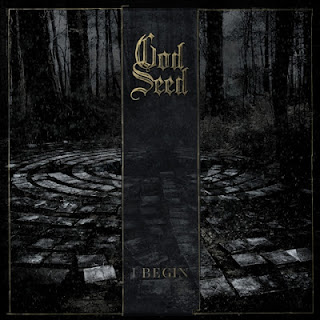 The album continues with more darkness on This From The Past and I’m going to commend Geir Bratland on his impressive grunting sounds. Yeah, that’s a bit of a weird one but fuck you. I find it awesome. I just fucking love the riff on this one. It’s more melodic and crushing, rather than just crushing.

Throughout the 9 tracks, the album stays solid. Everything is tightly in place and despite being Black Metal, there’s a nice eclectic mixture of musical and vocal styles. Take the fourth track, From The Running of Blood for instance... we’ve got massively heavy black metal with a nice atmosphere and almost an orchestral feel but then we get to Hinstu Dagar which transports you into what I can imagine attending a black mass would be like. It’s evil, dark and hypnotic. Chanting that puts you into a daze. Certainly my favourite track on the album.

The album continues to be a mix of crushingly disgusting black metal, along with some groove and atmospheric majesty. I can’t fucking believe I used the word “groove” in a black metal review but it is what it is. Gaahl is proving yet again that he is the best Black Metal vocalist around. All in all, I fucking love this album and recommend it to any Black Metal fan.

Godseed – I Begin is out now on Indie Recordings and you can buy it from any music retailer that has at least one nipple.

Today, this album really suited my mood. I got home and I just needed something dark, disgusting and heavy. I think my mood has been fixed, it’s been lifted through the sheer anger that God Seed are giving me. Thank you.