By Unknown - June 17, 2014
On Saturday 31st of May, the day arrived. The one that we had been waiting for, for months. DawgDay - my 25th Birthday pub crawl in Norwich! 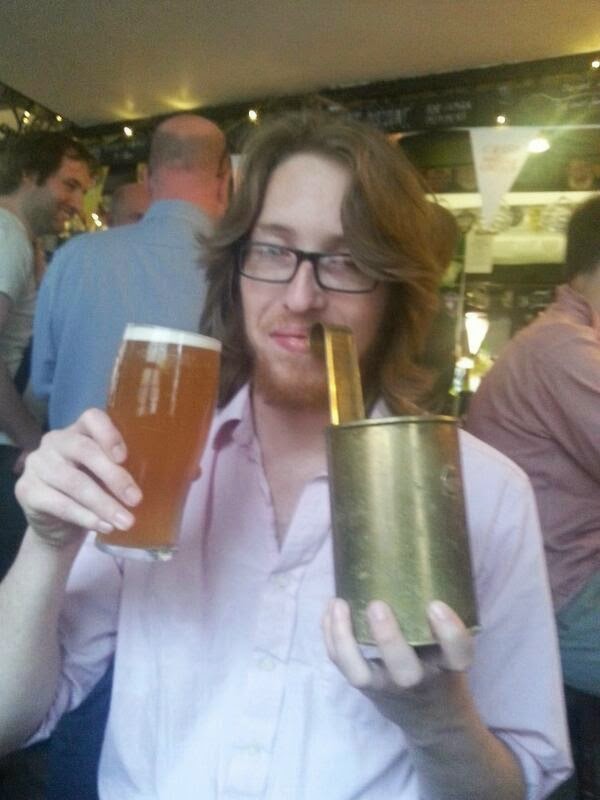 I arrived at The Compleat Angler at about 12:20pm with Rob after a horrible bus ride, to find friends already there, drinking pints. There was Jay & Alec, my two good friends, as well as Chris & Katie who had come from London. I got a pint of Adnams dry-hopped lager, which is always delicious and reliable! Steve then rocked up, and to my surprise he'd brought me the gift of a Franziskaner glass that he had promised me a year ago, but we'd not had the chance to meet before now! Chris kindly gave me a cans of Fourpure IPA & Pale Ale, which I consumed late at night with KFC, they were amazing! Soon, David arrived as well as Kat & Yvan, then Andy in all his glory! Another half was consumed, this time it was Green Jack Orange Wheat; a beer I once disliked, but am now a fan of. Yvan and Kat also came bearing gifts, 2x 3 different beers from Great Heck Brewery - Amish Mash, Yakima IPA & Black Jesus, which I can confirm were also delicious! 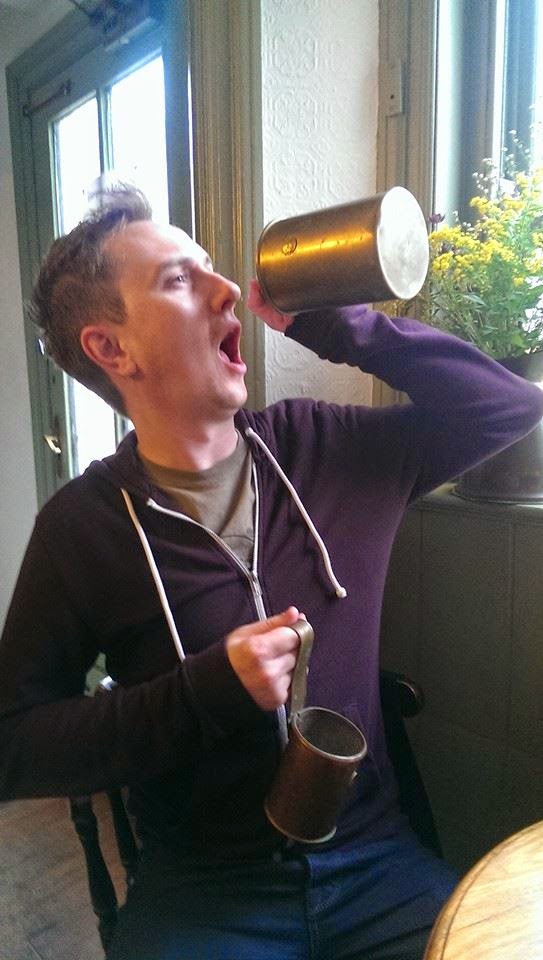 Onward we march to Norwich Taphouse, which I think was probably the main pub people were interested in going to. My first beer was First Chop TEA, which was deliciously malty with a nice amount of fruity hops to add a bit of a kick, followed by Moor Illusion, a black IPA that I've been rather fond of for a while! It was at this point I got a call from the legendary Chris Dixon to meet him as he hadn't a clue where he was going! We got back to the Taphouse, and another beer was had - this time I shared a bottle of Wiper and True Mosaic IPA with Andy - I've had mixed experiences with Moasic hops, but can confirm that this was a good one!

The gang was split here, with a few people heading to The Rumsey Wells for a sneaky half of Lagunitas IPA, but the rest of us headed to The Plough which yet again people were fairly pumped for. I had two pints in here - Blonde Ash & Poter, which are always delicious and reliable. Especially the Blonde Ash, in the hot sun!

The Reindeer came next and I was delighted to see Magic Rock High Wire on keg... I ordered a pint as it would have been rude not to, then my brother rocked up and bought me another. Yes, I was on my way to being ruined! 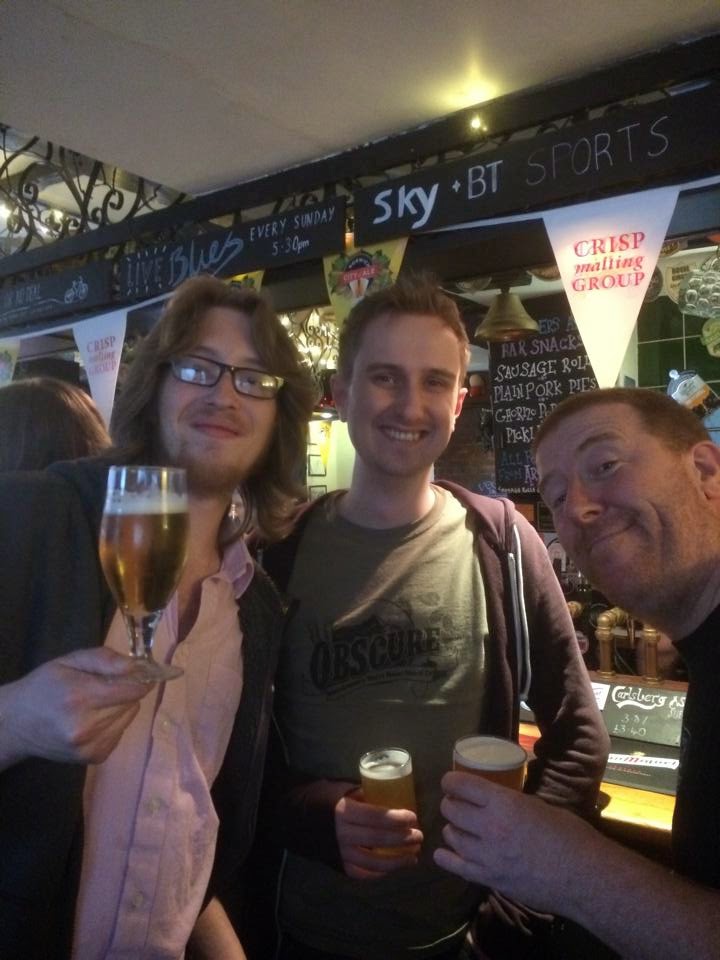 After this, Yvan and a couple of others split off to The Fat Cat as he was collecting the City of Ale stamps in order to further decorate Colin the Squid, but the rest of us stuck true to our plan and made it to the White Lion. In retrospect, at this point during the evening, a pint of Milton Marcus Aurelius at 7.5% was not wise, but it was delicious. I think I had another beer here, but I can't be sure what it was as I wasn't bothering to use Untappd much!

My final stop of the night was The Plasterers where they were having a fined Vs unfined beer tasting but I didn't get involved. I was contacted by Ben earlier in the week with a beer list and asked to choose one to have on for my birthday crawl, that Yvan was going to deliver... I chose Moor Nor'Hop so I probably had about 4 pints of this, as well as Oakham Citra. People were dropping off here, having to get their trains home. I then went out to meet Emily and bring her to the pub to meet everyone, since she had been ill in the morning so couldn't make it for the full day. It was at this point she decided that it'd be wise to take me home, so I said my goodbyes and we dropped Chris & Katie at the train station.

By all accounts, the others who were still around decided to visit some other pubs in the city but I wouldn't have been able to cope with that!

My night ended by going to KFC, getting confused because I didn't know where the line was then returning with a bottle of Troubadour Magma, much to Emily's confusion! Luckily, my girlfriend is awesome and was happy to drive me to a different KFC so I could get my fix! You've probably seen the photo that Emily took of me later that night, but yeah, that's where the night ended. Drinking cans of beer and passing out in bed!

All in all, it was a fucking brilliant day and I seriously appreciate everyone who came out, especially those who came from far and wide - you are all awesome and I really hope you all had a brilliant day too!