By NateDawg27 - June 21, 2017
Ah, the now annual trip to Prague. A wonderful occasion as it's one of my favourite cities. The old world style buildings, mixed with modern architecture. I love it. 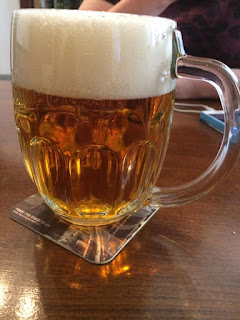 Usually we don't arrive until quite late at night but this time we opted for an early flight meaning we could get there in time to enjoy our first day. Obviously an early flight means a mandatory 6am pint of Adnams Mosaic at the airport too, which is always a delight.

We landed at around 11:30am and got an Uber to the apartment we were staying in, but we were too early for Check-In so we decided to pop to our local for the week... Smíchovská Krčma. It's a small, and cheap, pub and restaurant with a half constructed back garden in shade of the sun. The beer selection is the same that you'd find in many Prague pubs with the likes of Pilsner Urquell, Radegast, Kozel Cerny and Gambrinus of course. Obviously I opted for the crisp and refreshing Pilsner Urquell which was probably the cheapest PU of the trip at 39kc for a half litre which was perfect on a hot day. I went on to have three before check in. 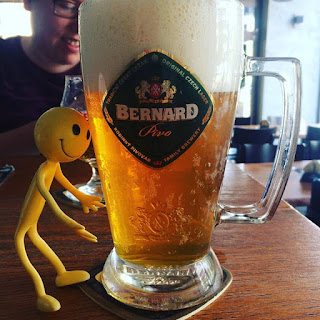 Our apartment was still being cleaned at the time of check in so we dropped our bags and decided to take a wander for a beer or two and groceries.

The next stop was an old favourite, Bernard Andel, which was the quietest I've ever seen it and it led me to wonder if people even drink on a Sunday. I had the Unfiltered 12 Degree which was colder than the previous Urquell and delicious as always, whilst Sammie opted for a bottle of their new IPA. It seems that Bernard are trying to get all modern on us! Their IPA was nothing to speak of; it was probably more English style with its sweet maltiness and no hop bitterness to speak of. 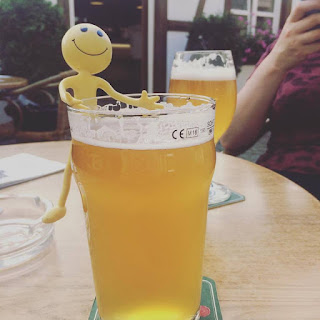 On the way to Tesco and back to the apartment, we stopped at the very new Beertime... CRAFT BEER HAS FINALLY HIT SMICHOV! 14 taps of modern craft beers (and the occasional craft lager). I went for a half litre of the locally brewed Sibeeria Lollihop IPA at 6.6%, mostly because of the novelty name but it turns out it was a nice little juicy banger full of fruity hops and was served in a nonic glass, to my delight. It also seems that Zichovec Pina Colada Cream Ale, which was very sweet and creamy and tasted a bit like a pina colada. It wasn't for me, but Sammie loved it.
Czech craft breweries are being as playful as the likes of Omnipollo as Sammie went for

Decided to have a couple of beers at the apartment next, one of which was Tesco Finest Unfiltered Lager - yes, even Tesco is getting into the craft beer own brand game over there! It's unclear as to who brewed it but I was impressed as it's exactly how a porter should be, though maybe a bit thin. 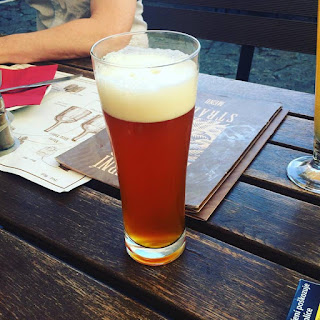 Our next stop was Klasterni Pivovar Strahov, which I've seemed to have missed on my previous two visits. We accidentally sat down on the same table as a gun loving, Trump supporter from North Carolina who despite having been living in Prague for 15 years barely speaks it. He advised me to get the St Norbert IPA because apparently it's exactly the same as Pliny the Elder. Spoiler: It's a really decent beer, strong malty backbone and a nice hoppiness but Pliny it is not. I think I was more impressed with their Weizen that Sammie had.

We walked down the hill next and found another bar from the poplar Lokal chain at U Bile Kuzelky. I think I've talked about Lokal before - they basically just sell Pilsner Urquell Tankovna which is why it's awesome. Enough said. 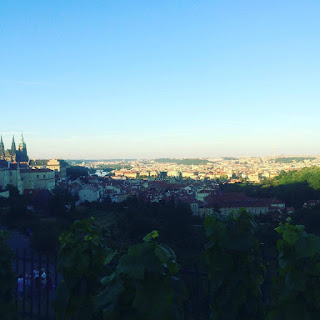 Next we were going to meet my friend Adam and his merry band of Cumbrians in Vortex bar but it appeared to be closed so we just headed to Craft House, somewhere we'd been before. First Order Green Door IPA was drinkable but nothing special but Sammie's Frydlant Albrecht 12 Katerina dark lager was full of caramel and roastiness.

Afterwards we decided to walk back to Smichov instead of using public transport because Prague is pretty, and that way we'd walk past Hells Bells Rockin' Pub and I can tell you that this time it was not rockin'.

We've always had pleasant experiences here but this time, a different guy was working on the bar. I only realised when I ordered my second drink that he was massively overcharging us by 40kc so we were paying 74kc for a fucking Staropramen. Being slightly drunk I figured I wasn't going to be an arsehole drunken Englishman so we finished our drinks and left before popping across the road to Pivnice U Mejly which is a little oddball 24 hour sports bar we quite like. Here, the prices were exactly how they're meant to be. A solid 31kc for Staropramen 10.

We then decided to go home to sleep as the next day we were catching a train to Pilsen.