Nothing Toulouse - What I Loved About This French City

By NateDawg27 - January 03, 2020
I learned four years of French in school, and I was good at it according to my French teacher, who was actually French. She spent the best part of year 9 trying her hardest to convince me to continue with French into my GCSEs as she was confident I could be fluent one day but being a stubborn teenager, I didn't listen and continued with Spanish.

I'd never really given much thought about visiting France until I went to Paris maybe 6 years ago and despite the actual trip being shite for various reasons, I loved the city and vowed to return one day. The problem is, however, that I ended up getting obsessed with visiting Germany and the Czech Republic and rarely would think about visiting elsewhere.

That is until July last year when I saw £25 flights and thought "at that price, I have nothing Toulouse" (and no I won't stop with that pun).

So I booked, along with a little apartment, not far from both canals and gave the city my best shot... 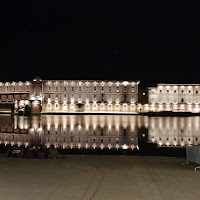 It's a Walkable City - Honestly, you'd want it to be given how batshit crazy busy the underground was. I barely used public transport whilst I was there because pretty much everywhere I wanted to go was within walking distance, well, for me anyway.

It's Beautiful - Of course it is, it's French. Wherever you go in Toulouse, you'll find tree lined streets and walking paths beside the stunning canal which looks even better with the bridges lit brightly at night. Walking through the centre you'll find alleys and side streets that you won't be able to resist turning down, even if it's in the wrong direction to which you intended on going. And then you have Place Au Capitole, a sprawling square edged by designer shops, restaurants and cafes, perfect for people watching. 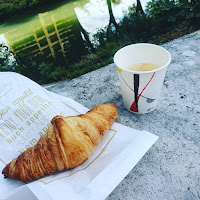 Croissants & Coffee - You could probably say the same about any French city but every morning I was in Toulouse, I would pop to Le Montagu for a Croissant and a Coffee and sit by the canal, feeling the warm gentle breeze whilst watching the world go by with the autumnal leaves falling from the tall canopy of trees.

Happy Hour - I never realised that Happy Hour was such a massive thing over in France but it is and for at least a couple of hours each night, the vast majority of pubs would do it. I think my favourite pub of the whole trip was The Black Lion, another English stylised pub as you can guess by the name. 13 taps and isn't really a craft beer pub, aside from the few Brooklyn taps. My choice was always Kronenbourg Blanc because I miss when they used to sell it here, and it was only about €4 during happy hour. 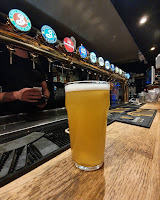 Hypermarkets - Y'all know by now that I am a supermarket fiend when I go on holiday. I can spend days visiting all the supermarkets like the old man I am so the opportunity to visit proper French hypermarkets was too good to miss out (I am aware I am sounding like the perfect holiday companion - queue up, ladies). I think the only time I used public transport was to get to one! Stopped at the Flunch chain of restaurants for a cheeky beer, before wandering round and buying cheese and wine and kronie. A day well spent.

A Deli, then the Park - My good friend Katy gave me tons of tips for Toulouse since her parents lived nearby, and they recommended a particular Deli that their friend owns. On porte l'apéro was a cute little deli where I got some strong cheese and the most unbelievably potent truffled ham. I then grabbed some bread and a half bottle of wine and sat in Jardins Des Plants, again, people watching. 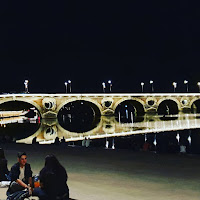 Of Course There's Bloody Craft Beer - C'mon guys, you literally can't go anywhere these days. Hopscotch was a, I guess, Scottish style brewpub with a decent house lager and a very disappointing scotch egg. Beer Mosaic was a decent shopfront bottle shop with a few taps and classic cans of Adnams Mosaic, and the rather impressive Au Poêle de la Bête where I had a Cantillon Nath. Oh and we can't forget about the classic Delirium Bar... so much!

Cheese and Wine and Bread - Honestly just generally this. Anywhere you go, you'll find decent wine, cheese and bread; whether it's the supermarkets or local delis like I mentioned before... who needs expensive restaurants? One of the best places for a foodie is Marche Victor Hugo which has tons of meats, cheeses, fish and a bar that you can chill at with the locals. 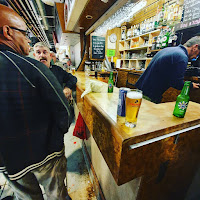 Local Vibes - If you've been following this blog for a while, you'll know that I like going to lesser known cities and exploring the more local areas and that's exactly what I did. One evening I found what I presumed was a student populated area with some bars and even live music playing on the street, which was an incredible vibe. Just grabbed a massive bottle of 1664 and joined the festivities! A local vibe also means fewer tourists and therefore friendlier locals, which is always great!

Anyway, there you have it, things I remember from the beautiful city of Toulouse and you should go because...

What have you got Toulouse?