Hello again and a happy valentines day to all! Because of this yearly holiday, I thought I would treat you to a review of a beer I did with my buddy Jay, once again.

This time it is Real Ale with Ginseng. Jay got this in a magical mystery bin end box of beers from Ales By Mail. He showed me it in Norwich Taphouse the other night and I was like “Bro. You know it’s gonna be terrible. Let’s review it”. He couldn’t refuse.

On the label, there is absolutely no indication of where it’s brewed. It just says it’s brewed under license for an address on an industrial estate in Chelmsford. After a bit of searching, we managed to discover that it was brewed by the now insolvent High Wood Brewery once again, somewhere in Essex.

Now, for those of you who don’t know what Ginseng is, it’s a Chinese herb that in the past has been used as an aphrodisiac amongst other things. Mainly sexy sex things. Jay’s theory is probably quite right in that Ginseng beer was originally brewed to treat brewers droops.

Now, how about we drink some? 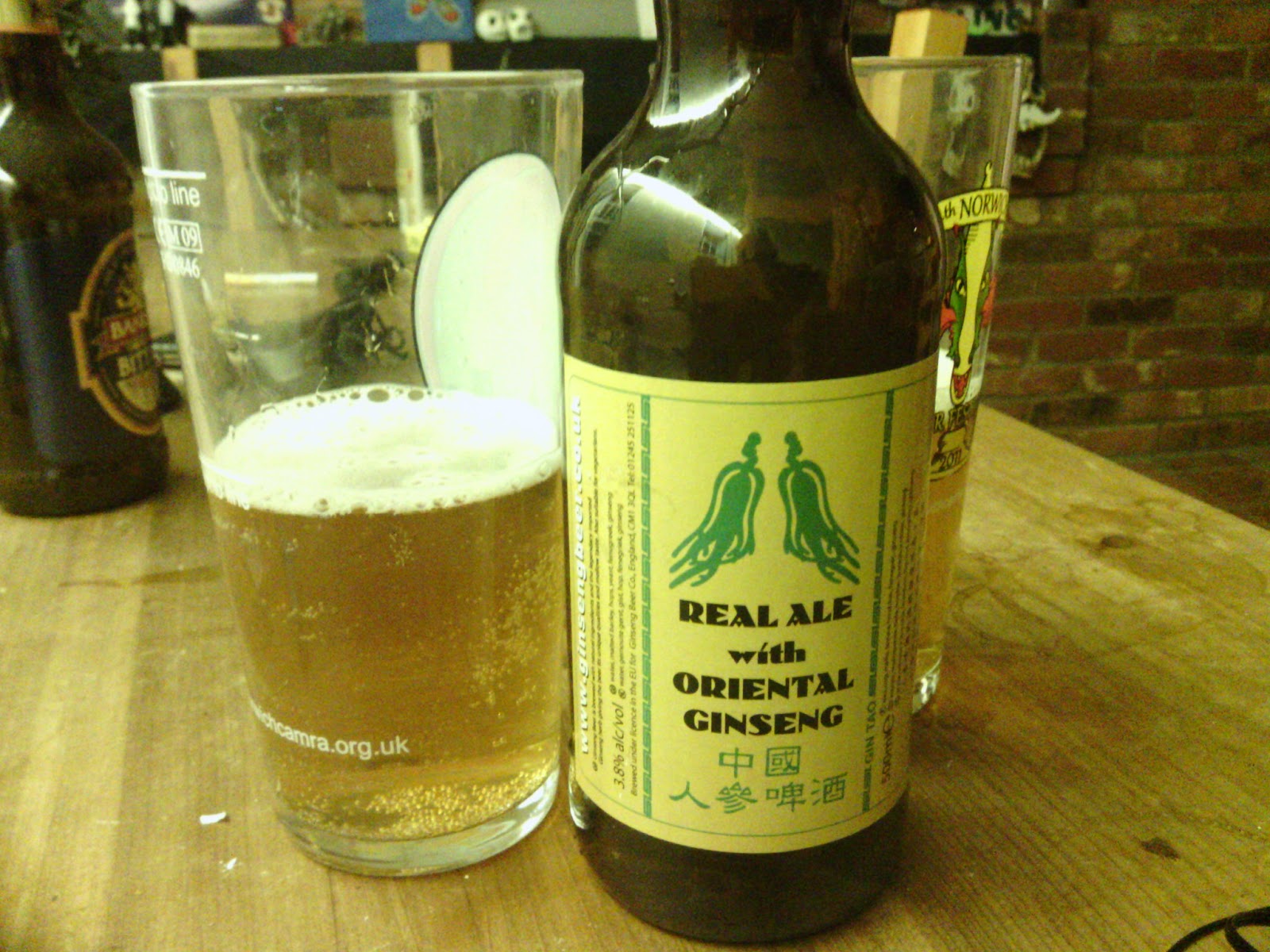 Smell: Quite malty then a warm spice that really makes your nose tingle. Smells like a Chinese kitchen but with added urine.

Taste: I think it tastes like boiled cabbage and what I imagine raw Chinese 5 spice mix tastes like, if you would have snorted it. Jay, however, says it tastes like something you’d drink to cool your mouth down after a hot curry.

Verdict: It's not as bad as Jay thought it would be but I thought it was the most disgusting beer I have ever had in my life. I could barely take one gulp of it and right after I said to Jay “I really want that Mojito beer right now.” I cannot in good faith recommend that you buy this beer. Please for the love of god, just don’t. I wouldn’t even give it to my worst enemy.

Next time… I will probably review more weird and ‘wonderful’ beers with my sidekick Jay. I’m not brave enough to go it alone!