By Nate - December 21, 2014
Alright, my advent calendar didn't quite work out did it? I know I've posted before but apologies, I was a little busy. I'm still busy, I have stuff to do, but I really want to do 12 beers of Xmas to support my buddy Steve at The Beer O'Clock Show.

Him and Mark run a brilliant podcast that I was lucky enough to guest on once (until my battery died and I had no charger) and I'm looking forward to doing it again one day. 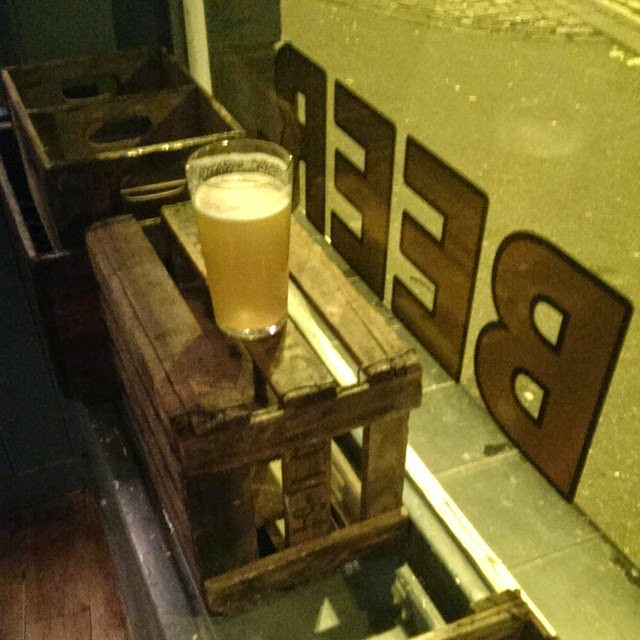 Yesterday was day one and I picked Stewart Brewing Weiss Christmas Blanc (4.7%, Edinburgh). We'd shared a few bottles of this in the office as they were nice enough to send us a bunch of samples when we bought a couple of pallets from them, and I enjoyed it but on cask it really is even better.

So this beer is a German style Hefeweizen with added spices, in the spirit of Christmas. To be honest, I think it was a genius move to brew a Christmas Wheat Beer because nobody else seems to do it - Christmas beers all tend to be fairly dark.

It pours like you'd imagine a Hefe to pour... cloudy with a solid head (man, this beer is a master for head retention. Love hefe yeast). On the nose you get big bubblegum, cloves and allspice. When you take a sip, this all comes through brilliantly, with added spices and those foam banana penny sweets we all ate as a kid.

Overall, this is a brilliantly balanced spiced wheat beer from a genuinely exciting brewery. I've been incredibly impressed by Stewart because they're an exciting brewery whose brewers know exactly what they're doing!

This was drunk at Mash Tun in Norwich and I couldn't just have one pint.