Bullitt at the Ten Bells

By Nate - December 10, 2014
Alright, I haven't kept up with my advent calendar because I've had other things to do, but it's cool. I imagine I'll get back on it soon... rest assured that I've still been drinking all the beer!

Anyway, last Friday manager of Ten Bells in Norwich, Richard, invited me and a guest along to sample Bullitt's new menu along with the winter cocktail menu. 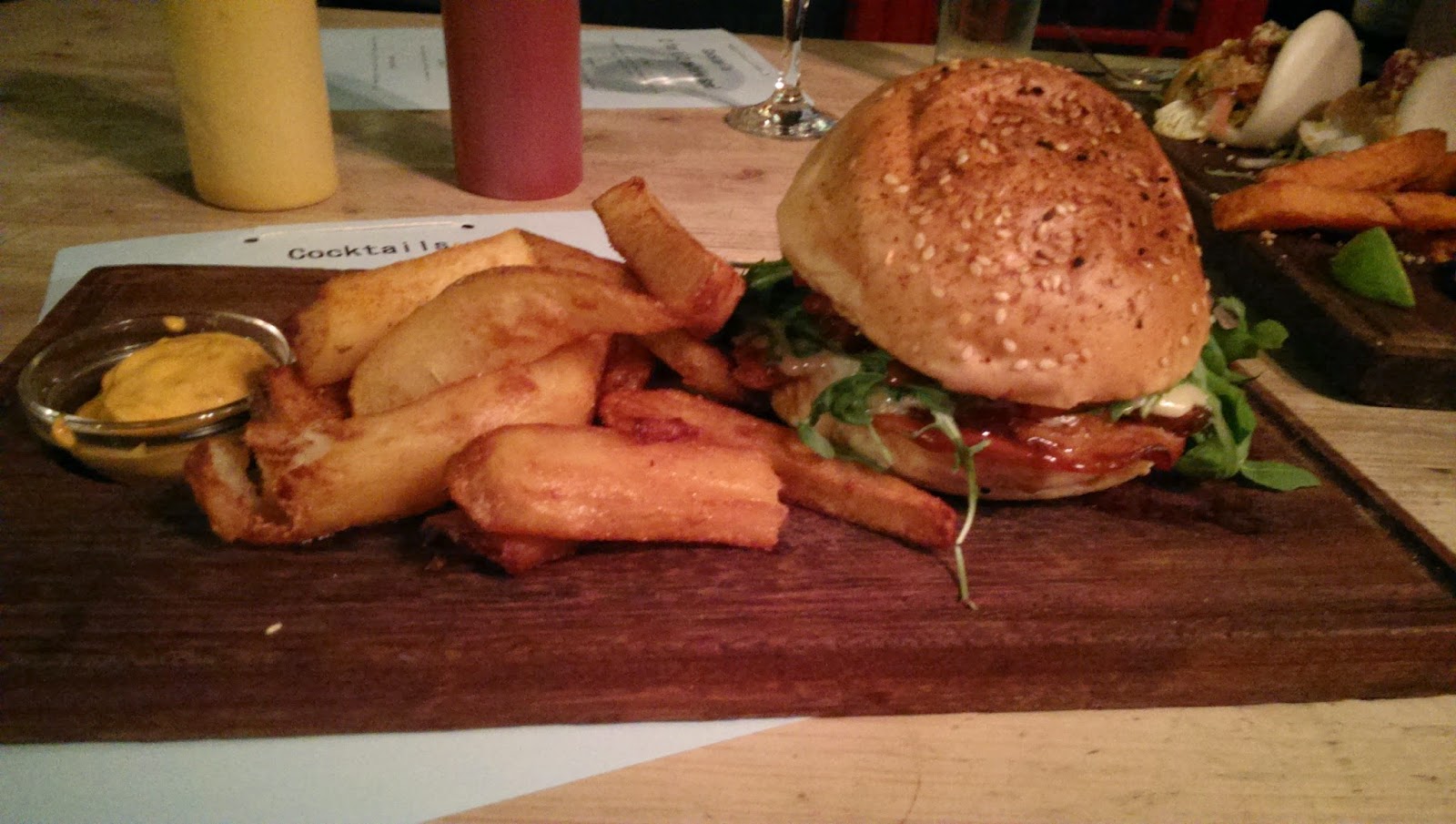 We arrived at 7:30pm and were shown to our table by Richard who left us to peruse the cocktail & food menus. After a while another member of staff came over to take our first cocktail orders - I went for a Cold Buttered Rum which was incredible - it was so smooth with the rum and spices coming through perfectly. My guest went for something a little different - I forget what it's called but it was marvellously sour and bitter with a little sweetness.

Our food orders were taken - I got Pork on Pork while my guest got the only suitable option for her as she doesn't eat meat, Taiwanese style hirata buns with pickled ginger, Asian style slaw and marinated salmon. Both came with fries, mine were hilariously massive King Chips whilst My guest's came with sweet potato fries. 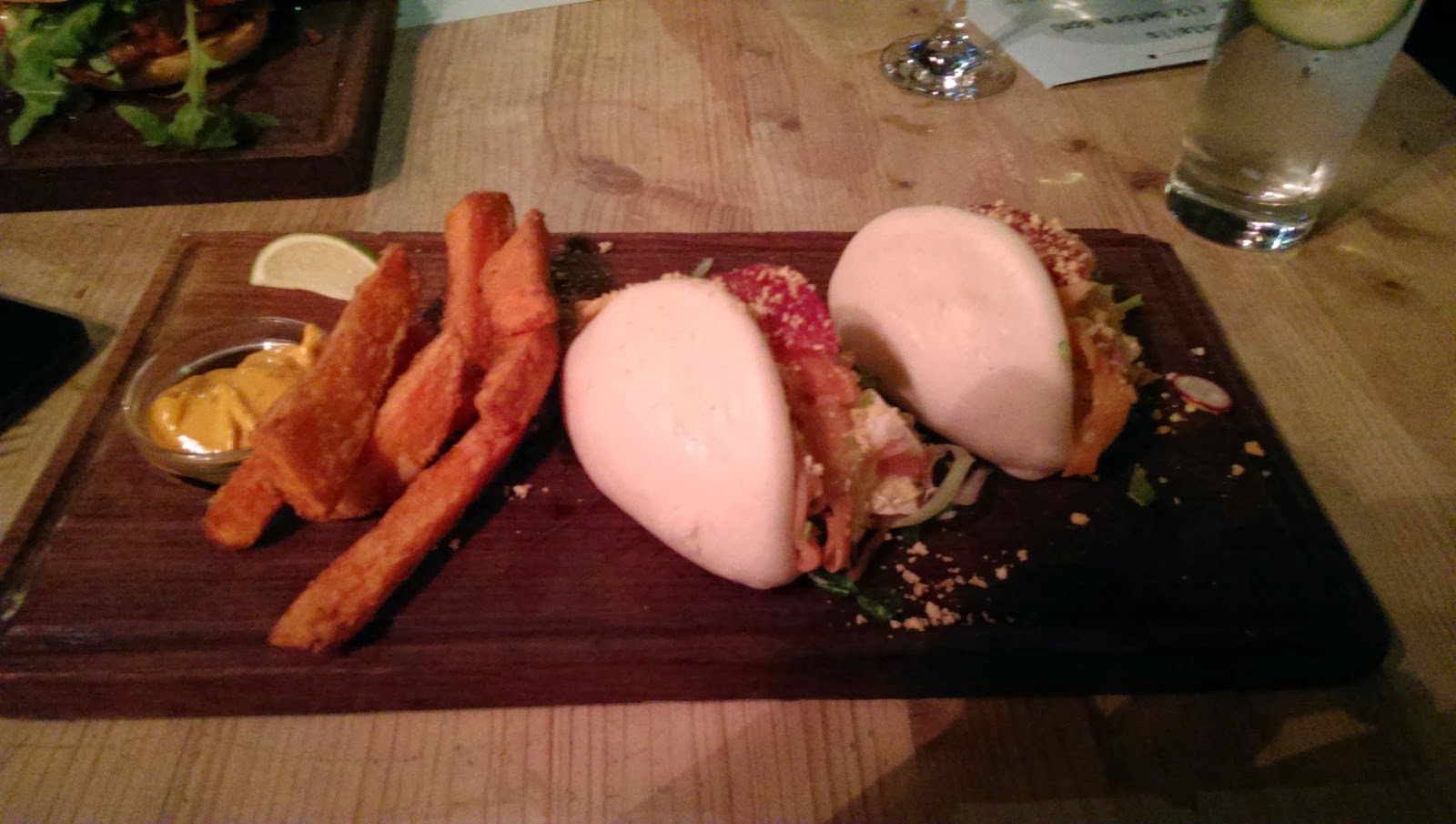 My pork on pork was really something special - both hot & cold pork with mint & chorizo jam in a homemade bun. As I took my first bite I was in awe - the pork was perfectly tender with the cold & hot pork complimenting each other, a little spice coming in from the chorizo with a cooling mint finish. I will eat it again, for sure!

My guest's steamed buns with salmon was damn good too... I'd never had a steamed bun before but I will be having them again! The salmon was really nice and done differently to what I've had before with the slaw giving it a nice kick!

We had a few more cocktails including the Black Jack & The Chaplin Revue which as always were outstanding.

All in all, we had an awesome evening and will definitely be returning!

Thanks to Richard at Ten Bells & Bullitt for the free food and cocktails!

You can get cocktails at Ten Bells every day but Bullitt are only there Friday - Sunday... GO ASAP!