I first read about this beer on The Publican last week and was instantly disgusted. I was adamant that I will never drink this beer because it just sounds dreadful but after a long discussion with the lovely Melissa Cole, I was convinced that I need to as she underwent the horrors of Melville Raspberry Lager so I don’t have to.

Since I didn’t want to face this ordeal alone, I enlisted the help of the one and only Jay who at first was willing to participate but like me got incredibly nervous as the day drew near. 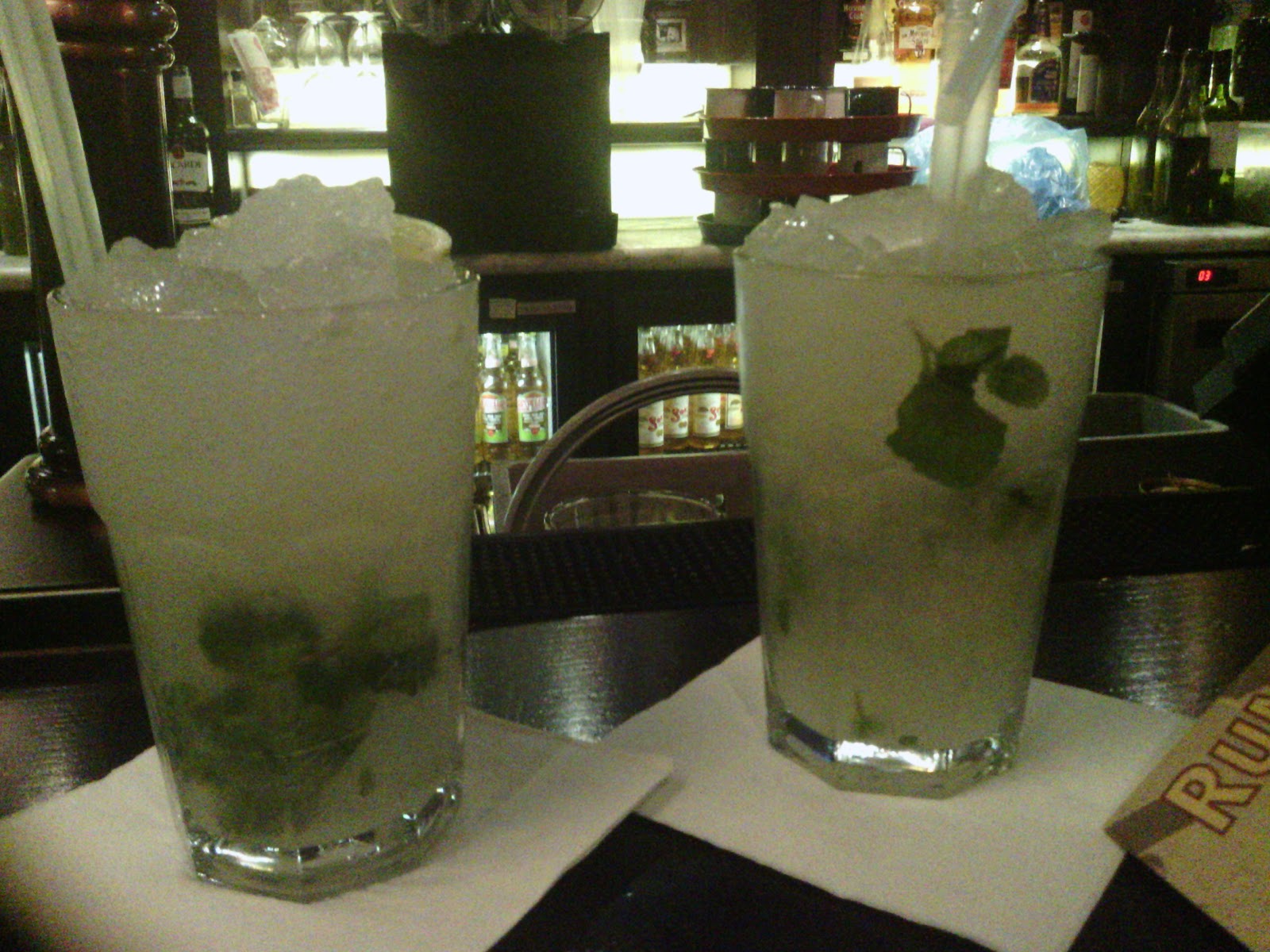 Luckily Jay is a good thinker and came up with the idea of going for an actual mojito before going to his flat to do this review so we headed to Revolucion De Cuba in Norwich. Now, I hadn’t drunk a Mojito in years but I remember enjoying them but in this case I was disappointed. We were both disappointed. We couldn’t detect any rum; we were just overwhelmed by lime and water from the rapidly melting ice, with just a tiny hint of mint in the background. 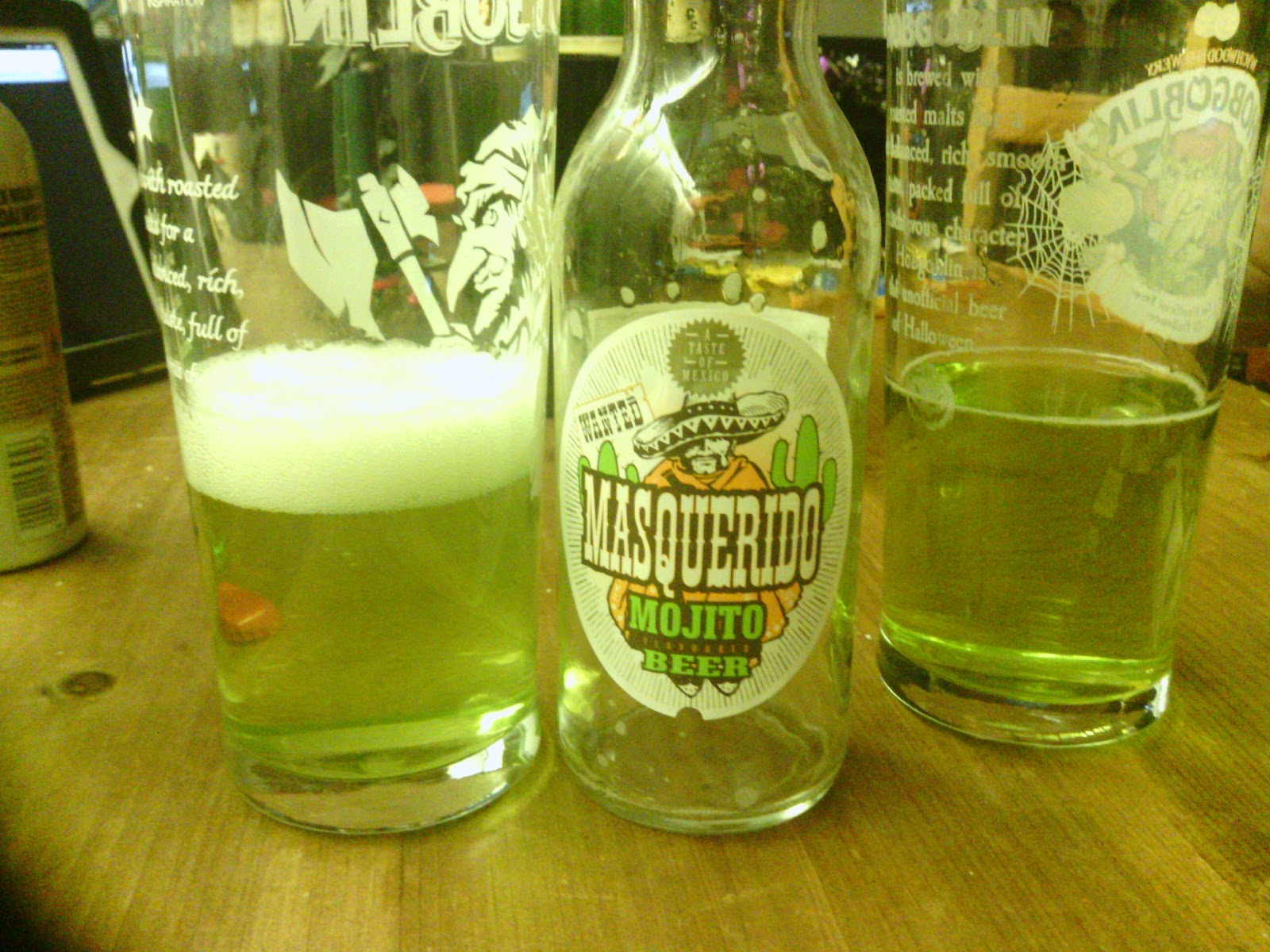 Look:
It looks like lime cordial, it’s fizzy and has a head like washing up liquid bubbles. It's just so damn bright; almost nuclear!

Smell:
It smells like lime scented fairy liquid. I’m not even joking.

Taste:
I’m sure at some point in your life you’ve had lager & lime, right? Well this is like lime and lager. Imagine undiluted lime cordial with about a sixth of a pint of lager in it.

Mouthfeel:
Like a flat lager with a little bit of fizz. After a while it kind of foams up in your mouth like you’d imagine washing up liquid to before leaving a waxy coating.

Verdict:
We both came to the decision that if we never have to drink this again, it’ll be too soon. It was absolutely nothing like a mojito or a lager is meant to be. It’s a big slap in the face with lime and fairy liquid; where the fuck is the rum and the mint? Definitely would not recommend this ‘beer’ to anyone.

I’m also incredibly disappointed that as radioactive as it is, I’ve yet to discover any new superpowers.

Thanks for joining me again Jay; I promise next time we’ll review a nice beer!