By Unknown - December 02, 2012
I've been struggling lately. Struggling with life and struggling to write. I've been doing loads of thinking and overthinking and I'm not sure what the fuck is happening.

However, today is Sunday. Sunday is the one day I can sit back and not give a fuck. I am really hungover. Last night I drank way too much bourbon and passed out on someone else' sofa whilst watching Ghostbusters. I'm quite fond of this person but that's irrelevant because today I have stopped giving a fuck.

It's Sunday. It's cold. I'm at my computer. I'm smoking lots of cigarettes and tweeting shit.

I want a beer, I'm hungry and I'm listening to music.

Is it tasty? You can fucking better it is.

Look at the beers in your fridge. What the fuck do you see? I'll tell you what the fuck I see... 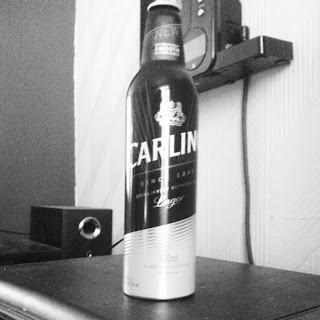 What the fuck do I drink?

Carling. a 450ml metal bottle. I fucking love Carling. This is super chilled. Frosty as fuck. It's only 4%. It's cheap. Fuck you. Have a sniff. I smell metal. A faint hop aroma. Malt. Take a fucking sip. I feel the coldness of the metal. The carbonation. I taste not much. I taste some metal. I'd rather have a fucking can. I don't taste metal from a can. It's alright. I don't give a fuck today.

Realise that you need to review an album. The trouble is, I have so much I'd like to review. What the fuck do I want to review? 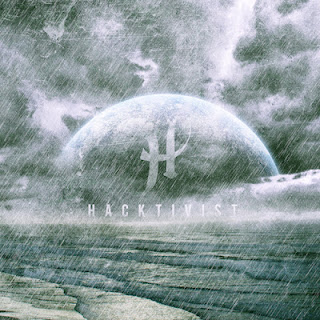 It's bizarre. It's music that some people would say shouldn't exist. "Why the fuck not, Nate Dawg?", I hear you cry. Because it's fucking DJENT and HIP-HOP. Why the fuck shouldn't it exist? We've done the whole Nu-Metal rap thing. Let's bring it back.

Atmospheric, churchlike start on New Age. Guitars and rap vocals kick in. Musically, this is good as far as Djent goes. I'm not the greatest fan of djent but it's working here. It's not constantly DJEEEEEEEEEN-DJEEEEEEEE-DJEEEEEEEEENTTTTT all the way through the fucker like most. Vocally, it's not bad. Instantly British but slow MCing. It's alright. It's not too heavy. His delivery is in perfect timing with the music.

I'm still drinking my fucking Carling and I'm enjoying it a bit more.

Unlike Us is next and it's pretty fucking good. Again, the MCing is spot on. Quite cool syllable matching.

I quite like how the album progresses. It seems to get heavier. Nice mix of heaviness and melody.

I wasn't sure about this album when I first listened to it but it's really grown on me now.

I fucking like this. You should go and fucking buy it.

THIS IS HOW YOU DO SUNDAY.