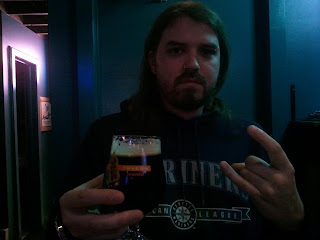 A while ago, James from Hold Tight gave me the idea of interviewing some American bands who were touring over here about European beer but sadly that didn’t come to fruition. I was heartbroken as that sounded like the best idea ever but luckily his partner in crime, Lisa discovered something awesome.

Lisa discovered that Aaron & Brandon Smith from 7 Horns 7 Eyes who you may remember from my review of their debut full length album Throes of Absolution which is my #2 album of 2012, is a beer geek. Yes, I know, it’s unbelievable to me too!

So yes, I sent them some questions and Aaron is such a gent that he answered them!

What’s the craft beer scene like where you are in Seattle? Which breweries beers should we fine British folk try to get a hold of? 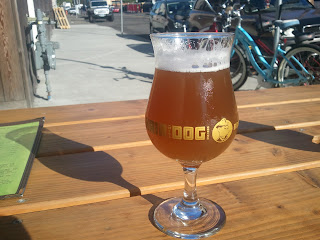 There are a lot of excellent craft brews made in the Pacific Northwest, although I can think of more names from Oregon than Washington. The biggest breweries from Washington are arguably Red Hook, Pike, and Pyramid, although personally I don't think any of those breweries are all that great (although far better than the typical garbage American lagers of the world). As a Red Hook brewer once told Brandon, "These beers are brewed for the masses" haha. The best Seattle brewer I think is probably Elysian, lots of excellent beers from there. Maritime Pacific and Elliot Bay Brewing Co. are also both quite tasty. There's also a well-known local brewery called Mac & Jack's, and their "African Amber" is only served on draft, and it seems at times to be as plentiful throughout Seattle as water! It's a great and satisfying beer for sure that visitors should try, although we're kind of spoiled in these parts with it, so it's not quite as exciting locally as it otherwise would be.

If I visit Seattle, where should I go to drink awesome beer? 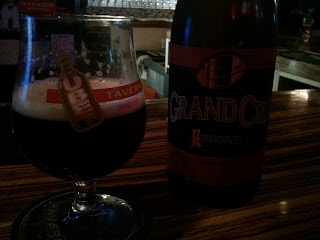 My favorite spot is definitely a little place called Über Tavern. Excellent atmosphere, a nice little gas fire pit in the center of the room with a circular table around it, and the place probably holds about 30 people at most. It's a total beer snob spot, not where anyone would go to be obnoxiously loud, dance, or consume crappy beers. They've pretty much got an endlessly changing list of 17 taps, generally a few local beers and then beers from around the US, Belgium and beyond. You can even check out their real-time menu online, which mirrors the screens they have on display at the bar: http://www.uselesstrash.com/uber/

My other favorite spot is Brouwer's Cafe; a little more pricey, but still lots of good beers, and excellent Bavarian-inspired food as well.

How do you feel about the pace that the craft beer scene in the United States is moving? Can we take the corporate bastards? 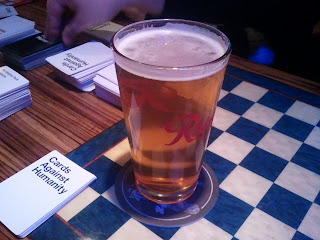 I think it's growing by leaps and bounds. It's exciting that more people seem to be waking up to the fact that beer is actually a craft, and that it should contain lots of ingredients and that consuming it can be a flavourful and interesting experience. As for whether or not the craft scene will ever be able to take a bigger market share than the massive corporate crap beers, that seems like a pretty daunting task, but at the least, it would be really excellent to find the kinds of craft beer varieties commonly available in grocery stores in the Pacific northwest, also available in all the rest of the country.

Mmm, probably west coast. There are some great beers brewed in the northeast part of the US, but the west coast is just loaded with excellent breweries. Stone, Ninkasi, Russian River, Port Brewing, AleSmith, Alaskan, Deschutes, Rogue, Green Flash, Hair of the Dog, Oakshire, Bear Republic, and many more that I'm surely forgetting!

Eh, this one's hard. Probably German beer, although I don't find myself drinking much of either these days!

Both have their place, I can't say one is better than the other. Many of my favorite beers are from the keg, but there are some really excellent (often rarer) things that come in a cask.

I've heard that cans actually do a better job of preserving beer, since no light is able to get in and influence the beer. I suppose I would say bottles though, since there aren't many good canned beers available relative to bottled beers!

I've been through many phases, probably right now it's fresh hop IPAs or lambic sours!

Hmm… I don't have a huge list that immediately comes to mind, but Sam Smith's Oatmeal Stout is a tasty one. Young's Double Chocolate Stout is also good from time to time, although I think I've somewhat grown out of it.

At the moment it's probably Rodenbach Gran Cru! Excellent sour.

I don't even think I can name one that I really liked enough to remember, haha! 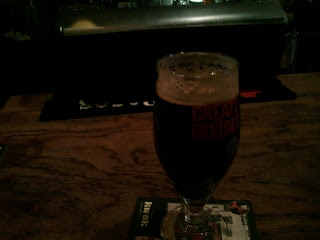 VERY tough question… Russian River "Pliny The Elder" is excellent, and I've actually had the far rarer "Pliny The Younger" once as well, and it was very different and unique. Either of those are high up the list.

3 Favourite breweries in the whole world?

Tough one. Ninkasi is high up, same with Stone, Russian River, Hair of the Dog, and Great Divide.

3 Favourite beers in the whole world?

Russian River "Pliny The Elder",  Rodenbach "Gran Cru", and maybe Hair of the Dog "Blue Dot" IPA? I feel like I need a stout on the list just for variety but I'm really into IPAs at the moment.

What was your first ever alcoholic drink? How’d that go for you?

What’s the most absurd thing you’ve done while drunk?

To be honest I've never been wildly drunk. I've had some pretty good buzzes going but I've never done anything absurd!

What’s your favourite city to drink in? 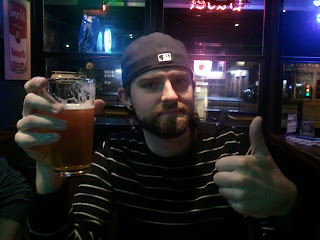 If Jesus turned water into beer instead of wine, what would the beer be?

It would probably be some heavenly brew that slaughters anything on earth!

So… what’s currently going with the band? Is there more music in the pipeline?

We're playing in Canada for a couple weeks in February! Really looking forward to that, but I do have some reservations about driving cross-continent in sub-freezing conditions. There is definitely more music in the pipeline as well, lots of demos already done, but I don't think we'll be officially recording any of it until next fall at the earliest!

And when are you going to come over to England so I can see you live and geek out with you over beer?

I don't have a good answer for that, but you should pester Lisa over at Basick about pestering others to cook up some kind of "Basickally Awesome" tour that we can join ;)

Massive thanks to Aaron for taking his time to reply to my interview. I’ve spoken to him a few times and he’s a fucking top bloke. I can’t wait to grab a few beers with him when 7 Horns 7 Eyes make it over to the UK!

7 Horns 7 Eyes – Throes of Absolution is out on Basick records now and you can buy it here: http://store.basickrecords.com/product/7-horns-7-eyes-throes-of-absolution-cd