Sanguine are a four-piece female fronted alt-metal rock band from the UK. They were formed by singer & songwriter Tarin Kerrey whilst studying at Exeter University. Since then, they have performed at the Hard Rock Hell Road Trip in Ibiza, Download Festival and have supported Thrash Metal legends Megadeth.

I was sure I had heard of Sanguine before I received the press release but I couldn’t work out where. Intrigued by my own confusion, I thought it would only be fair for me to review their self-titled debut album and their live E.P. 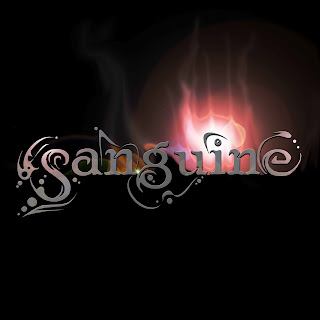 The album opens with a fast and heavy groovy bassline and great rhythmic guitars on For Love before Tarin’s melodic yet ever so metal voice kicks in. The song continues to impress in that way, before the vocals get a bit more hardcore and weird. I can’t get over the impressively catchy bass and lyrics on this track.

The next track on the album, Anger Song, does what it says on the tin really. It’s fast, angry and really quite weird.

Track 3, Contagious is probably my favourite song on the album. It is so fucking catchy which makes me love it and hate it in equal measures. Yes, it’s heavy metal but at the same time it makes you want to dance – “The moon contagious, the moves are just outrageous”. I’m unsure as to whether I prefer this version or The Drum & Bass remix which is the last track on the album. Look, I usually despise remixes of heavy metal songs. There is absolutely no need for them but the Remix of Contagious by Sanguine absolutely fucking works and it literally is contagious!

The next track, Don’t Change slows down a bit but that doesn’t last for long as we go into Bangkok Nights which starts off with incredibly weird high-pitched inaudible screaming before guitarist and second vocalist Nick Magee starts singing. It’s another utterly bizarre song.

The tone lowers a bit on In The Sky which is a nice change, it just proves how diverse Sanguine actually are. Nick & Tarin sing at the same time during the chorus of this song and they work great together! After that comes a couple of more songs, Given Up which is yet another one with a catchy chorus and groove and A Place That You Call Home which is a slightly slower track.

We then have the interlude which is like a radio DJ announcing that the next song will be Live, Consume, Drive. We get back into the fast groove with a memorable chorus with mad screaming and some interesting samples that sound like cheesy sales commercials from the 1960s.

Now we come to Simplify which is a song I could swear I have heard somewhere before but I can’t think for the life of me where! Another favourite on the album, groovy with a catchy chorus; not unlike the rest of the album.

Territory comes next and it’s incredibly fast at only 1:33 yet it seems to be a full song sped up to the max, all natural though. It’s crazy.

We finish the album with Contagious (remix) which I talked about earlier. It’s fucking awesome. Seriously.

To sum it up, every song on this album is so similar yet so different at the same time. It’s all totally fucking batshit insane. Sanguine are such a unique band. I love it! 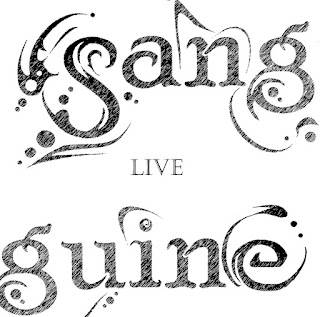 I love going to see music live but when that’s not possible, I love live albums as it allows you to get a real feel for a band with that more ‘raw’ sound as they’re all playing together instead of recording separately and getting mixed and produced.

The Live E.P. features two tracks that we are already familiar with from their debut album – Simplify and Bangkok Nights as well as 3 brand new tracks; Days Outnumbered, From Home and Paradise which all follow the same kind of ambient craziness as on the album.

The live E.P. is also available now but as a free download.

All in all, I have fallen in love with this band over the album & live EP that I have constantly been listening to.  It’s precisely the kind of heavy metal music I listen to when I don’t want anything too heavy, yet I want something a little bit crazy and catchy.

Check out their video for Live, Consume, Drive here: