Stealing Axion was formed in the winter of 2009 by guitarists Dan Forbrich, Josh
DeShazo, and Phil Willmarth. The three friends would get together to hang out and write riffs. Slowly, actual songs started coming together. By early 2010 they self-recorded and released their EP which rapidly spread across the net and garnered them tons of praise from fans and critics alike. With these songs as a solid foundation, the band maintained a steady regiment of writing and developing their sound and soon had enough material to serve as a full length album.

Stealing Axion is yet another band whose name I instantly recognised when I was sent Moments and yet again, I can’t for the life of me think where. I just knew I’d heard some of their music previously so I had to check the album out. 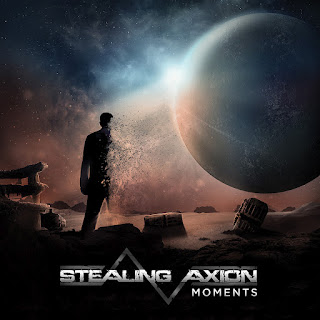 The albium starts with atmospheric progressive metal instrumentals on Mirage of Hope but soon picks up with incredibly fast and heavy drumming, some riffy guitaring and the occasional death growl; before some creepy whispers haunt us. You’re then treated to the fast, almost nu-metal like aggressive vocal style which compliments the music quite well. The song continues between fast and heavy, and slow and atmospheric. It’s great.

Solar is the next track and it really showcases the clean singing along with something I was not expecting. Djent. I’ve not really talked about djent much before, mainly because it’s that annoying new trend but that’s a conversation for another time. In this case, however, Stealing Axion is making it work. Solar also has some great atmospheric instrumental parts which brings the song together.

My favourite track on the album, however, has to be The Unwanted Gift. It has everything I want in a song of this genre – heavy riffs, drums, clean vocals, deathy vocals and incredible lyrics. It’s an incredibly catchy song and I find that I have it in my head a lot when I’m not listening to it. Them damn guitars. 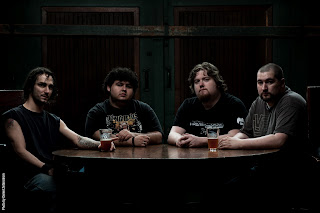 The album continues switching between the heavier side of djent and death metal, and more melodic and atmospheric progressive metal; sometimes even merging the two.

All in all, it’s a good album and as I said previously… I can’t usually get into djent. Buy it if you’re into TesseracT (a tour with both those bands would be awesome. Do it)

Stealing Axion – Moments is out now on inside out records/century media records and is available to buy from any self-respecting music retailer.

Check out the video for 47 Days Later: